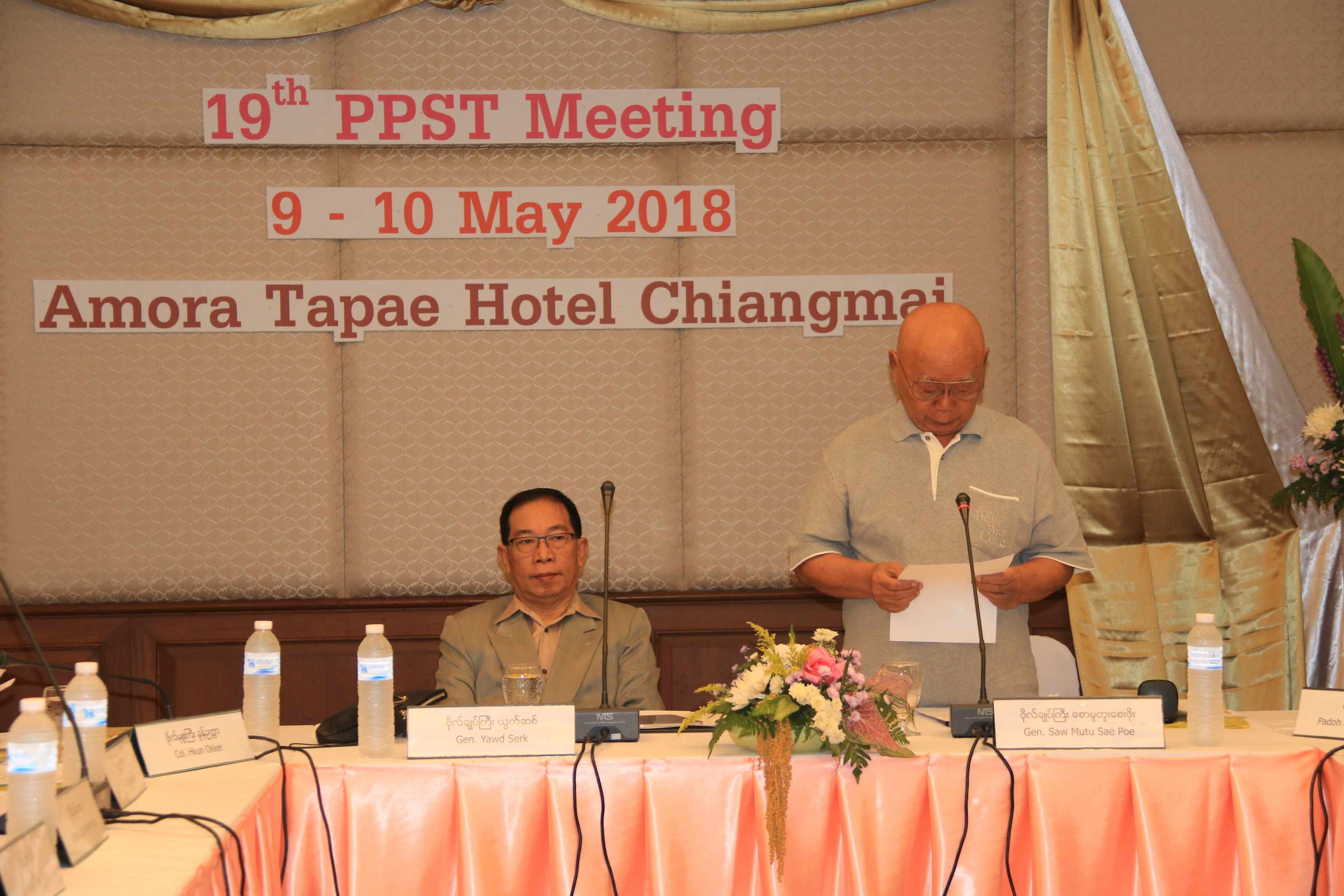 Good Morning. Today’s meeting is the 19th PPST Meeting, which are regularly held among the leaders of PPST memberships of the 8 EAOs that have signed the NCA. Firstly, I would like to thank the PPST leaders and delegations who have actively attended this meeting. My thanks also go to New Mon State Party and Lahu Democratic Union that are our new partners for the process of NCA implementation. Negotiations and discussions will take place among ourselves on how the NCA process shall be carried out.

This meeting will also discuss about the topics of politics and security and how to collaborate in the implementation of them in the future. These topics were previously discussed in the informal meetings with the Government and the Tatmadaw.

The Peace Process depends heavily on the achievement of NCA implementation which in turn relies upon the extent of how much we can build the trust among EAOs and their dialogue- partners, such as the Government and the Tatmadaw, and how many times successful negotiations were held. Therefore, in the meeting we will discuss how we need to eliminate any obstacles and impediments to building confidence among our partners and ourselves and put effort towards making a good result of negotiations.

Our aim of forming the PPST was to have a space in the NCA implementation process so that we, the ethnic NCA signatories, can gather in unity and have dialogue and implement the process successfully. Furthermore, we can seek common positions, give mutual respect and listen to each other’s individual concerns.

NCA was signed by the EAOs at the national level with the Government and the Tatmadaw, based on the previous bilateral agreements between each organization. It is, therefore, our united collaboration which brings each organization’s stance together to seek common positions among signatory groups as a whole, while separate measures remain for those positions which are yet to have common ground.

Hence, based on the results of informal dialogues and today’s changing political circumstances, we have to reach our common position. Noting that all challenges must be addressed based upon the NCA.

In conclusion, continuous efforts will be made through informal meetings to overcome the gap between the EAOs, and the Government and Tatmadaw. Regardless of the difficulties in the NCA implementation, we are committed to striving to achieve peace, based upon the new political culture of mutual respect, recognition, compromise, and not using force.

Thank you every one!