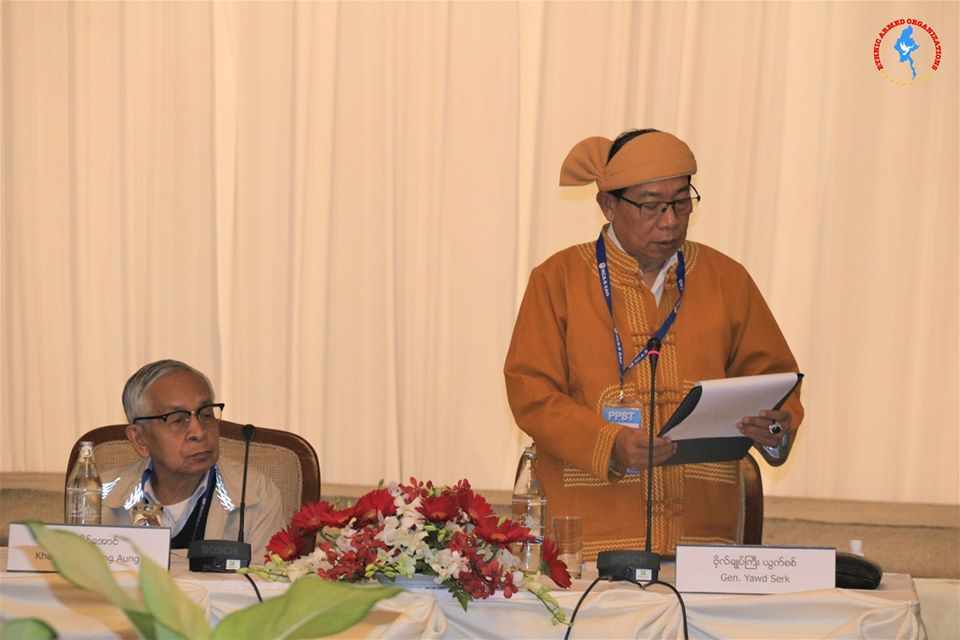 Let me greet you by saying Mai Sone Kha, Mingalaba, to all leaders who are attending this meeting. I pray for the health of all in this New Year.

In laying down future tasks, you will have to do so in agreement with the time set for the convening of the fourth 21st Century Panglong. I would like to give the negotiation team a guidance to work very hard so that the meeting resolutions of the 8th JICM could be implemented accordingly.

In drawing a time table for the peace process, it would be necessary to do so in order that it could fit within the first four months of the year 2020. I would like to urge you to respect the opinions of the top leaders of both sides.

It is necessary for this meeting to specifically lay down a pragmatic situation and program for our brethren who have not yet joined the NCA with the hope that they would do so someday.

Let me conclude my speech by saying that if we keep the affairs of the Union in the forefront, rather than the affairs of one group or one race, and engage unswervingly in the peace process, we would reach the goal of building a Federal Union without failure.  Thank you all.