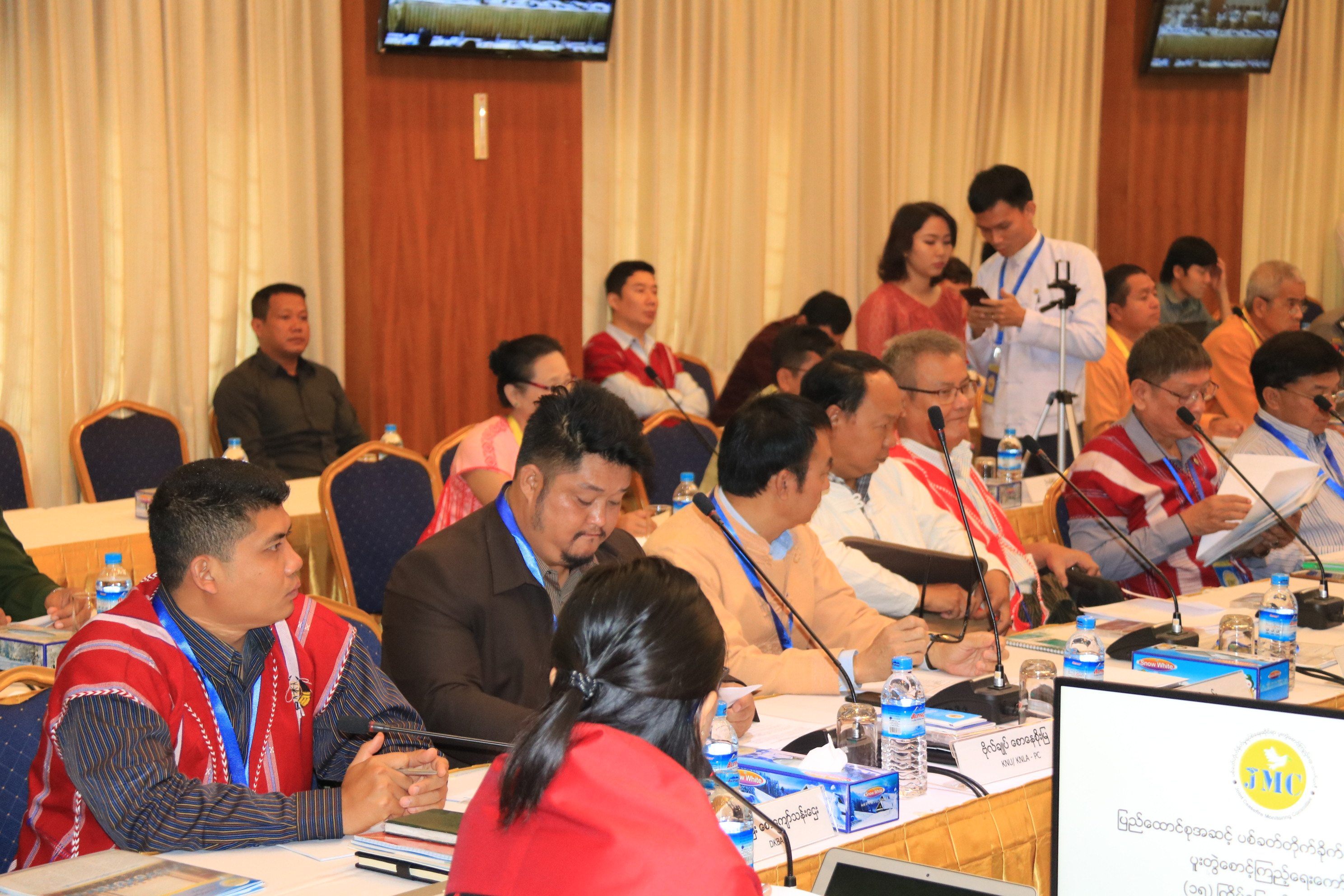 The Opening Speech Delivered by Major General Saw Isaac Pho, the Vice Chairman (1) of JMC-U at the 15th JMC-U Meeting

Your respected chairman, General Yar Pyae, and JMC-U members under his leadership, invitees from JMC-S level, technical support team members and all other working members, I would like to greet you all have peaceful mind and healthy body.

Our presence and gathering at today’s meeting of 15th JMC-U demonstrate the representation of organizations we are working for respectively in an attempt to build a genuine peace which is really in need and the nation aspires to achieve in Myanmar.

The NCA which is based on the principle of negotiated settlement for the resolution of decade-long political problem rather than using armed forces, is the very first opportunity to bring over six decade-long civil war to an end. Therefore, all NCA signatories must adhere to the provisions in NCA, and it is crucial for us to implement the provisions agreed upon in it.

And there is a need for all parties to have common definition, common understanding and common goal and vision as regards NCA provisions. The common agreement, if still void, must be negotiated to come about. Only then the track we are heading for will become clear and vivid, and the implementation process of JMC which was formed after NCA, will also become clearer.

At the same time, the need for trust building in the JMC implementation process plays the most important role for successful JMC process. We must be mindful that the trust must be built not only between two sides of armed groups but it must also be built among the public. Because they are directly the conflict affected victims for decades. And they have been overwhelmed by fear and worry resulting from armed conflict. Hence, their concern and opinions must be reflected in every action of the implementation of NCA and JMC so that their already-built trust will not be diminished again. Both sides need to take this fact into account seriously.

PPST’s Statement on the 7th Anniversary of NCA Signing